While I don't update this blog regularly any more, I will do occasional specials like this, because they are awesome, help me reference for cooking later on, and give me a break from worrying about not writing really long run on sentences in school.

The other backstory to this post is I did this all in record time: preordered a Marin Sun Farms Turkey and some El Salchichero goods, got off the plane home Wednesday night, picked up the bird in Oakland, got home-ate dinner-brined the turkey and as soon as I woke up the next day I went food shopping and made everything nonstop until eating at 5pm on the day of.

We begin dish by dish (recipes at bottom): 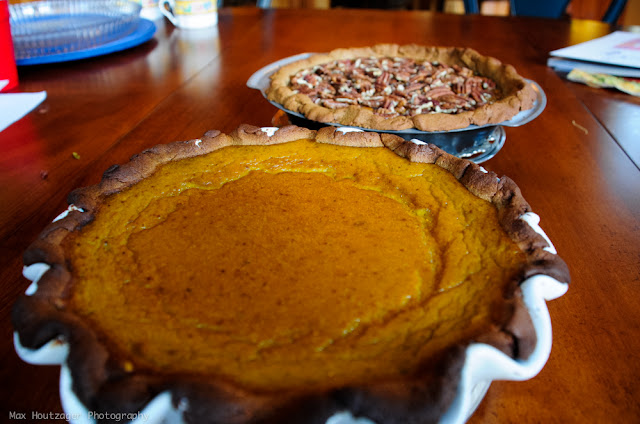 I took some experience from last year and the year before (2010=vegan, 2011=beginning paleo) on my pie decisions.  I made a batch of 2 pecan based crusts, but next time will not pre-bake them at all.  My pumpkin pie was barely sweetened and thus sin free. 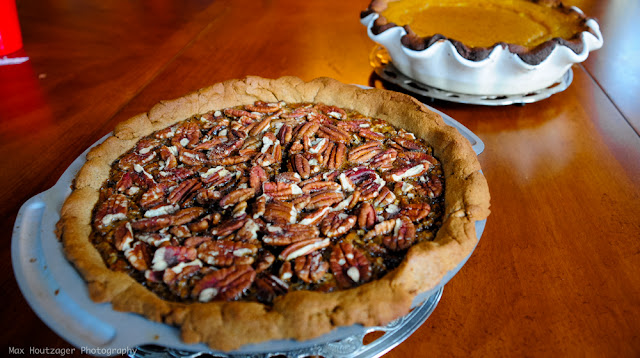 I didn't hold back on sweetening the Pecan Pie (almost), which is pretty necessary for a pie based around pecans and carmelly, sugary goopy goodness.  This paired well with the more mild pumpkin pie when eaten together.  Next year I'll repeat this one also but use less molasses, another egg, and the same amount of cardamom for proper flavor and consistency. 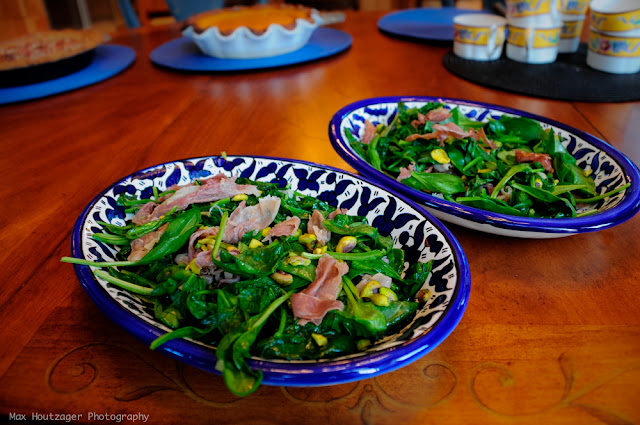 Quite pleased with Prosciutto, Spinach, Pistachio Salad and hoping to eat it on a regular basis.  Accompanied my other dishes well and I can't wait to eat it with some raw parmesan cheese. Prosciutto and Parmigiano di Parma! 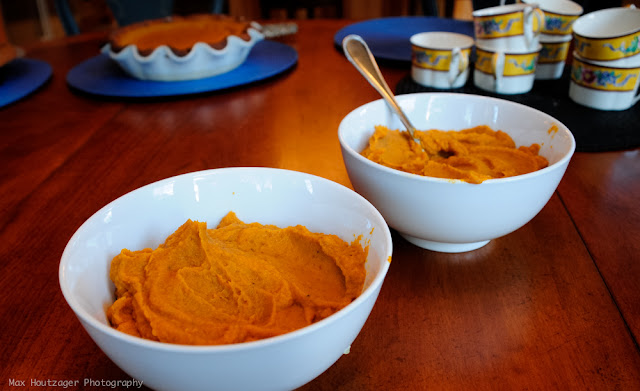 Vanilla Sweet Potato Purée
Definitely have grown to become a Michael Mina fan.  The only dish I didn't make was regular mashed potatoes that my grandma insisted on bringing, but she (and everyone else) concluded mine this recipe to be way better. 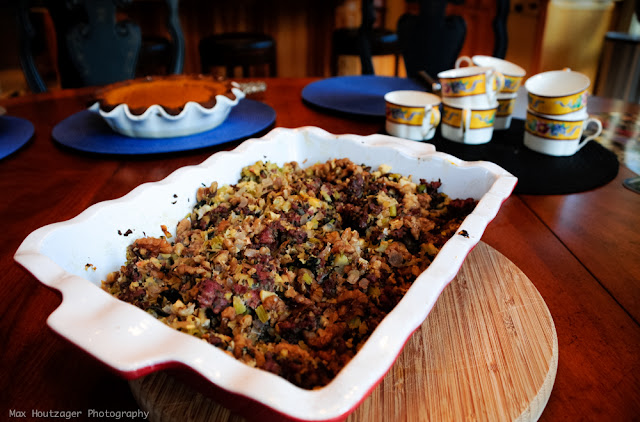 Pork Sage Stuffing
Had no idea how this was going to turn out but it was a hit.  Last year my sister insisted on an alternate non-GF stuffing but this year I just served this and there were no complaints, only compliments. 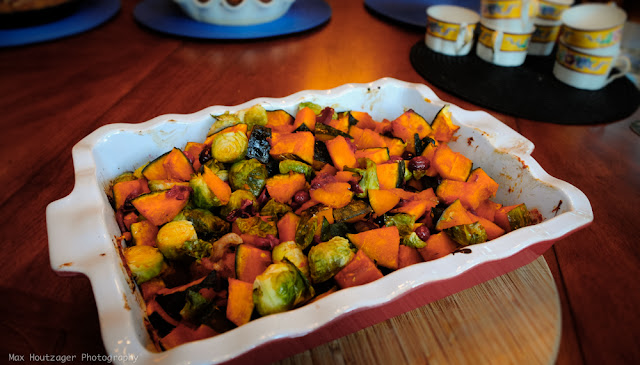 Roasted Squash, Brussel Sprouts, Cranberries
Didn't find butternut squash right away and was glad I decided to use my favorite, Kabocha, instead. Another favorite at the table. 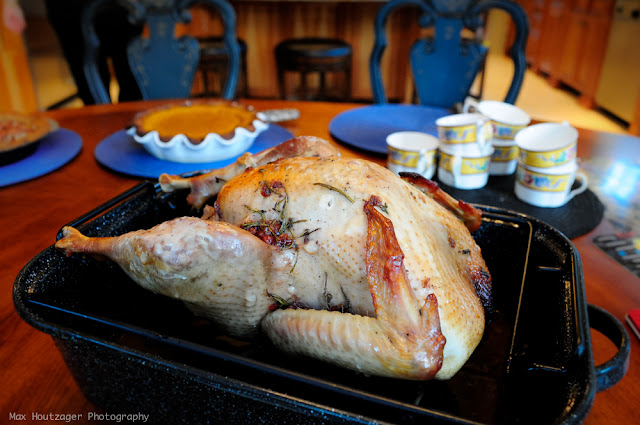 Lingonberry and Tarragon Roasted Turkey
First time roasting my own turkey from start to finish. Really was worried about this one but ended up pretty delicious.  I was skeptical about using an herb rich and very sweet recipe instead of a basic one, but it was well worth it and came out perfectly moist with just the right amount of herby sweet yet umami flavors. 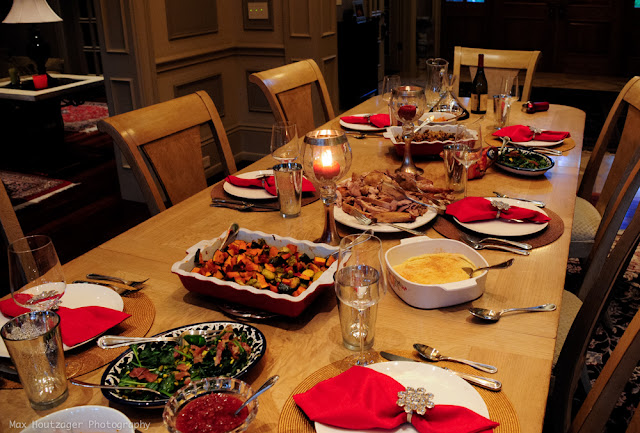 The Spread
I made gravy too out of a really easy GF recipe and was so amped I am also going to make it on a regular basis.  Good and good for you (rare amino acid rich and gluten free) 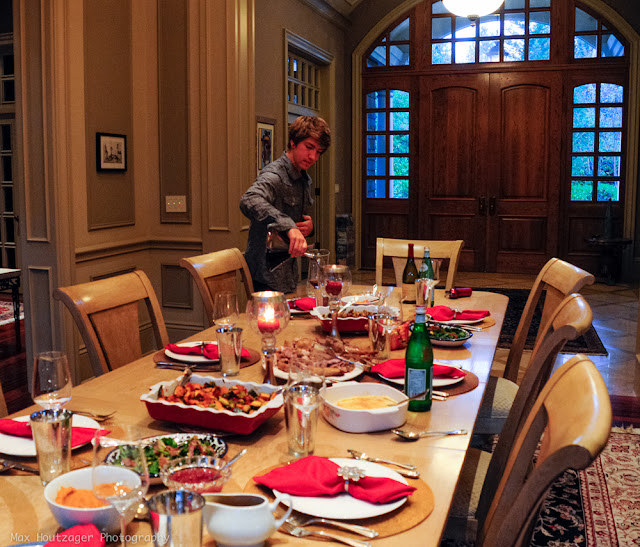 We decanted a nice Pinot Noir and I'm glad I strayed from Cabernet Sauvignon because it paired with a turkey dinner much more nicely. 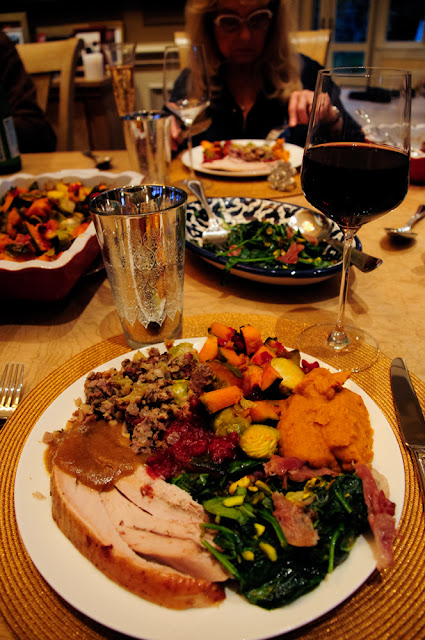 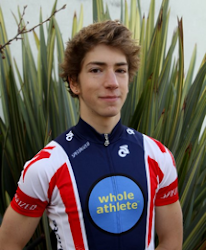